2021-04-23
Sometimes, after rains, the air feels moist. The water seems to have suspended in the air. However, in certain AC’s you click some buttons and the atmosphere brightens up. How and why does it all happen? Moisture forms up in the air, resulting in humidity. However, the humidity sensor in your AC picks it up and cleans it up for you. Isn’t that wonderful? Let’s take a look at how it does that.
A humidity sensor (or hygrometer) senses, measures and reports both moisture and air temperature. The ratio of moisture in the air to the highest amount of moisture at a particular air temperature is called relative humidity. Relative humidity becomes an important factor when looking for comfort.
Humidity sensors work by detecting changes that alter electrical currents or temperature in the air. 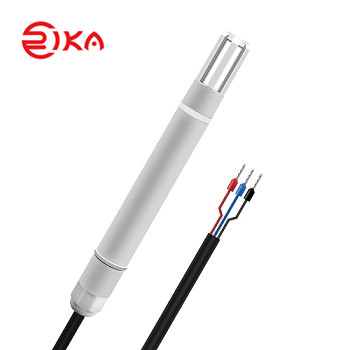 RK330-01 Ambient Temperature Humidity & Pressure Sensor
There are three basic types of humidity sensors:
● Capacitive
● Resistive
● Thermal
All three types of sensors monitor minute changes in the atmosphere in order to calculate the humidity in the air. Let us discuss these types in detail:
Capacitive
A capacitive humidity sensor measures relative humidity by placing a thin strip of metal oxide between two electrodes. The metal oxide’s electrical capacity changes with the atmosphere’s relative humidity. Weather, commercial and industries are the major application areas.
The capacitive type sensors are linear and can measure relative humidity from 0% to 100%. The catch here is a complex circuit and regular calibration. However, for designers this a lesser hassle over precise measurement and hence these dominate atmospheric and process measurements. These are the only types of full-range relative humidity measuring devices down to 0% relative humidity. This low-temperature effect often leads to them being used over wide temperature ranges without active temperature compensation.
Resistive
Resistive humidity sensors utilize ions in salts to measure the electrical impedance of atoms. As humidity changes, so do the resistance of the electrodes on either side of the salt medium.
Thermal

Two thermal sensors conduct electricity based upon the humidity of the surrounding air. One sensor is encased in dry nitrogen while the other measures ambient air. The difference between the two measures the humidity. 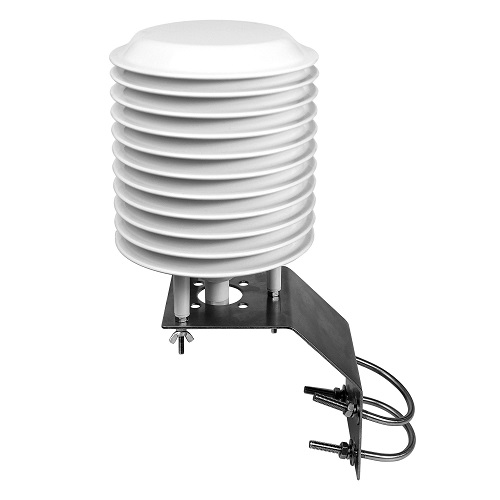 RK330-01 Temperature Humidity & Pressure Sensor with Radiation Shield
Tips on Humidity Sensor working
Coulometric: An electrolyte is formed by absorption of water resulting in a current level which is proportional to the moisture content in the air.
Gravimetric: A drying agent is exposed to moist air, resulting in weight gain by the drying agent. The increased weight corresponds to the amount of moisture.
Microwave/Infrared: A transmitted signal varies as the humidity increases. The attenuation is an indication of the moisture content in the medium.
Some parameters for judgement
So once you know what it is, and how it works, the next step probably would be to check its working. And how do you do that? By working through some of the below-mentioned parameters.
Accuracy
Every sensor has its own calibration curve, based on a 9 point system. It basically pitches the pros against the cons of the particular sensor.
Linearity
It indicates the voltage deviation from the BFSL value and the measured output voltage value, converted to relative humidity.
Reliability
The measurements often cause the sensor to fall out of sync. However for a sensor to be useful, it has to provide reliable measurements.
Repeatability
The measurements from a sensor, have to be so that they don’t drift apart. Repeatability is the measurement of drift among measurements of a single quantity.
Response time
Typically, the time is taken by a sensor to rise to 66% (rise time) or fall to 33% (fall time) of maximum output voltage, is known as the response time.
Applications of humidity sensors are far and wide
The applications of humidity sensor range far and wide. People with illnesses affected by humidity, monitoring and preventive measure in homes employ humidity sensors. A humidity sensor is also found as part of home heating, ventilating and air conditioning systems (HVAC systems). These are also used in offices, cars, humidors, museums, industrial spaces and greenhouses and are also used in meteorology stations to report and predict the weather. 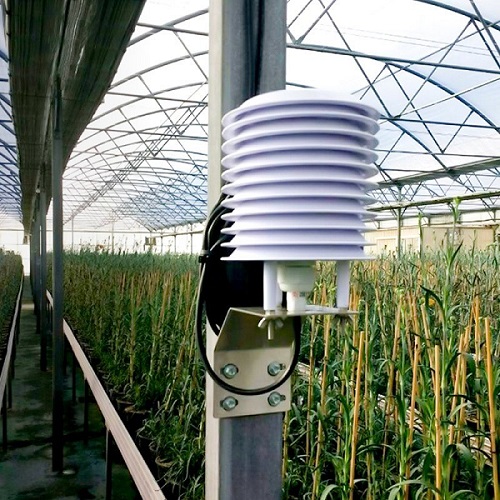