Pyranometers: What You Need to Know

Pyranometers: What You Need to Know

If you are considering using pyranometers in your measurement application, there are many things you should know about them and how they work. Having this information in hand will help ensure you select the type of pyranometer most suitable for the data you need for your application.

What is global solar radiation?

Who measures global solar radiation and why?

*Solar energy to determine how efficient solar panels are converting the sun’s energy into electricity and when the panels need to be cleaned. Sensors used for this purpose usually measure radiation in the plane of the solar panel array.

*Agriculture, as well as golf and park maintenance, as one parameter to predict plant water usage and to schedule irrigation

*Meteorology as one factor in weather prediction models

What is a pyranometer, and what does it do? 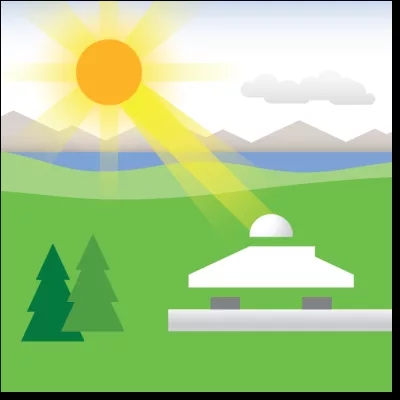 Pyranometers must also account for the angle of the solar radiation, which is referred to as the cosine response. For example, 1000 W/m2 received perpendicular to the sensor (that is, 0° from zenith) is measured as 1000 W/m2. However, 1000 W/m2 received at an angle 60° from zenith is measured as 500 W/m2. Pyranometers that have diffusors instead of glass domes require precise diffusors to provide the correct cosine response.

What is the difference between a pyranometer, a net radiometer, and a pyrheliometer?

There are several different types of solar radiation sensors, including pyranometers, net radiometers, and pyrheliometers.

A net radiometer measures incoming and outgoing short-wave radiation using two thermopile pyranometers, and it measures incoming and outgoing long-wave radiation using two pyrgeometers. These four measurements are frequently part of an energy budget. Energy budget assessments help us understand whether solar energy is being stored in the ground or lost from the ground, reflected, emitted back to space, or used to evaporate water.

A pyrheliometer consists of a radiation-sensing element enclosed in a casing (collimation tube) that has a small aperture through which only the direct solar rays enter. Radiation bounced off a cloud or particle in the air does not make it through this small opening and collimation tube to the detector. To make measurements all day, a pyrheliometer needs to be pointed directly at the sun using a solar tracker.

How does a pyranometer measure global solar radiation?

The most common types of pyranometers used for measuring global solar radiation are thermopiles and silicon photocells. These pyranometer types are discussed below, along with their advantages and disadvantages.

Tip: You will need to connect the pyranometer to a digital multimeter or data logger programmed to measure the mV dc voltage. 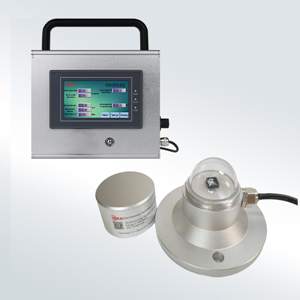 If you are using a digital multimeter, you’ll need to convert the mV reading to W/m2 yourself;

If you are using a data logger, you’ll need to set up the data logger to make the conversion.

There are also pyranometers on the market where short-wave radiation (W/m2) is returned in digital format. This will require either a computer or data logger to read the serial data string (along with the appropriate interface data cable and communications software). 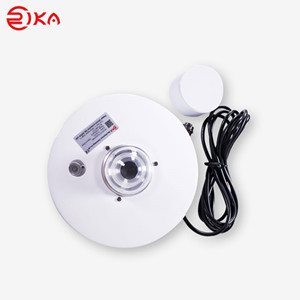 Thermopile pyranometers use a series of thermoelectric junctions (multiple junctions of two dissimilar metals—thermocouple principle) to provide a signal of several µV/W/m2 proportional to the temperature difference between a black absorbing surface and a reference. The reference may be either a white reflective surface or the internal portion of the sensor base. The thermopile pyranometer’s black surface uniformly absorbs solar radiation across the solar spectrum.

The solar spectrum is the range of wavelengths of the light given off by the sun. Blue, white, yellow, and red stars each have different temperatures and therefore different solar spectrums.

Our yellow sun outputs radiation in wavelengths from 0.15 to 4.0 µm. The thermopile pyranometer accurately captures the sun’s global solar radiation because its special black absorptive surface uniformly responds to most of the solar spectrum’s energy. The sensing element is usually enclosed inside one or two specialty glass domes that uniformly pass the radiation to the sensing element.

Although thermopile pyranometers can be the most accurate type of solar short-wave radiation sensors, they are typically significantly more expensive than silicon photocell pyranometers. 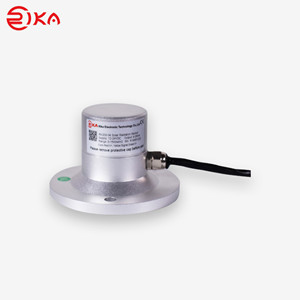 Silicon photocell pyranometers produce a µA output current similar to how a solar panel converts the sun’s energy into electricity. When the current passes through a shunt resistor (for example, 100 ohm), it is converted to a voltage signal with a sensitivity of several µV/W/m2. A plastic diffuser is used to provide a uniform cosine response at varying sun angles.

The spectral response of silicon photocell pyranometers is limited to just a portion of the solar spectrum from 0.4 to 1.1 µm. Although these pyranometers only sample a portion of the short-wave radiation, they are calibrated to provide an output similar to thermopile sensors under clear, sunny skies. Silicon photocell pyranometers are often used in all sky conditions, but measurement errors are higher when clouds are present. The uniformity of the daylight spectrum under most sky conditions limits errors typically to less than ±3%, with maximum errors of ±10%. The error is usually positive under cloudy conditions.

The disadvantage of silicon photocell pyranometers is that their spectral response is limited to a smaller portion of the solar spectrum from 0.4 to 1.1 µm. These pyranometers perform their best when they are used to measure global solar radiation under the same clear sky conditions used to calibrate them. They should not be used within vegetation canopies or greenhouses, or to measure reflected radiation.

I hope this introductory article has helped familiarize you with pyranometers and what they do. I also hope you have a better understanding as to the type of pyranometer that may be most suitable for your application’s needs.