Miami’s future looks to be increasingly in doubt due to climate change with new research naming it “the most vulnerable major coastal city in the world.”

The study by Resources for the Future, a non-partisan economic think-tank, said that hundreds of billions of dollars in assets in the city were under threat from winds, storm surges, coastal flooding and sea-level rise.

Florida, the US state where Miami is located, was facing an equally uncertain future with the 70-page report – entitled Florida Climate Outlook – predicting that “100-year floods” could occur far more frequently in many parts of the state, putting at risk 300,000 homes, 2,500 miles of road, 30 schools and four hospitals.

Daniel Raimi, a senior research associate at RFF and lecturer at the Gerald R. Ford School of Public Policy at the University of Michigan, told Scientific American that “the sheer numbers of people who will feel direct climate impacts in their lifetimes is very, very significant”, adding that it was necessary for the USA to bring in public policies right now “to start reducing the risks”. 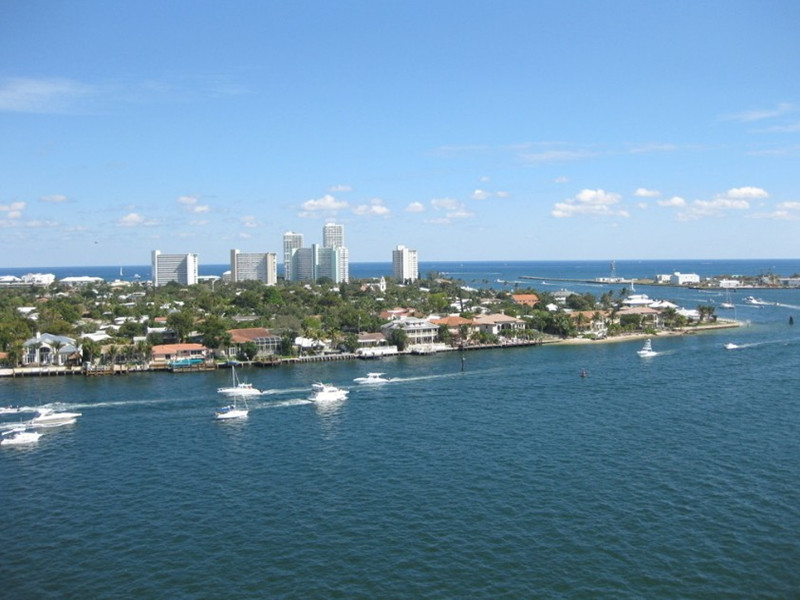 Although climate change is likely to have a significant impact throughout Florida, its cities are likely to be the worst affected due to their higher populations and densities. Miami and Tampa and their environs are likely to experience severe effects from rising sea levels, the report noted, which are projected to go up by between 8in and 12in by 2040.

According to the report, nearly half a million residents of the state could experience regular flooding. Meanwhile, many of the state’s most famous areas of natural beauty face disappearing under rising seas.

“Several major tourist attractions, including the Everglades, Biscayne National Park and Miami Beach, are largely situated on land less than 3ft above the high-water mark and may become permanently submerged by the end of the century,” the report states.